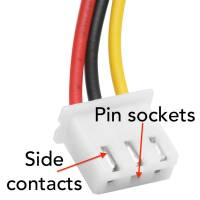 The way the plug comes installed from the factory is shown in the image below. It is still recommended to flip the connector 180 degrees to orient the metal contacts away from the other neighbouring pins.(Image Credit: Markus IngK - MCK) 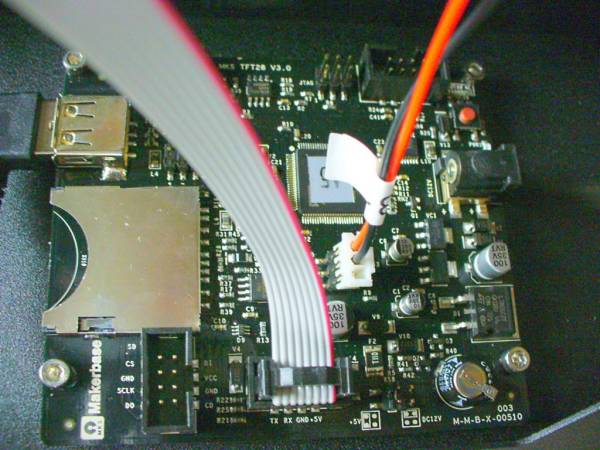 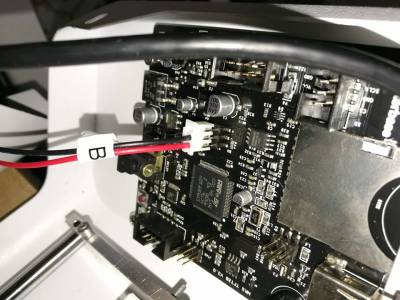 The pins for the filament sensor belong to the 6-pin header pins near the centre of the lcd module. The top two pins, in the right column of pins are used.